The Kingdom of Saudi Arabia (KSA) is a country well known for its oil fields and conservative, Islamic practices. However, I’m going to explore Saudi Arabia in a way that may give people a new perspective. I will explore the history , including the agricultural one but also, the modern issues of food security and obesity. After researching Saudi Arabia I felt it to be important to add a section on eating etiquette in the KSA because I find it to be unique. I will end the blog with a recipe of a traditional dish.

The Arabian Peninsula before and during the 18th century had many tribes that often held competitions against each other. These competitions included reciting the tribes history and legends as well as poetry. Other competitions included, “.. the arts of war, trade and animal husbandry (Heyer K., 2012).” These competitions proved a persons’ knowledge and loyalty to their tribe which, was very important. When people started practicing Islam they still remained loyal to their tribes even though, “…the concept of the ummah (the common Islamic brotherhood), Arabs continue to value tribe cohesiveness (ibid,2012).” Additionally, not all tribes in the Arabian Peninsula were united especially because the Western part of Saudi Arabia was ruled by Egyptian governor of the Ottoman Empire up until 1925. The unification of the tribes in central and eastern provinces took place in the early 20th Century. This began when the Wahhabi School of Islam was founded by Muhammad Abdul Wahhab. who wanted to abolish saint worship and magic rituals which was common in the Gulf area during that time as a way to purify Islam. Wahhab was forced to flee Medina and go more inland to an area call Najd. This area is where the Saud family was and they welcomed Wahhab. In order to strengthen the unification of the tribes, “a number of the ulema, or religious scholars, many of who were descendants of Abdul Wahhab, married into the Saud family (Hayer K.,2012).” These marriages helped to strengthen the Saud family. They went to war with several tribes and they were refugees in Kuwait. The Rashid family controlled the majority of the Arabian Peninsula up until Abd al-Aziz ibn Saud decided to go to war and defeated them in 1932 and declared himself the king of the KSA. The new king looked to strengthen his support even further by marrying a daughter or each tribal leader. 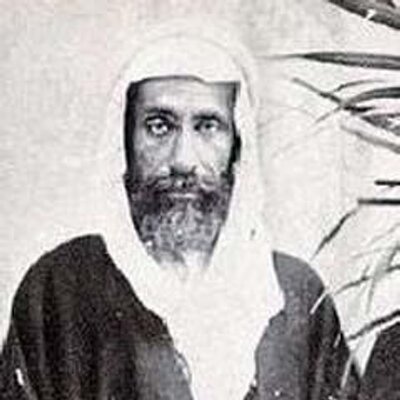 The importance of agriculture and food security only became a concern when the oil industry started to develop. It is believed that by 2050 the population will increase by 77%. Which made the issues of water management and food security very high on the agenda.
In Saudi Arabia only 12% of the population work in agriculture additionally, only 2% of the land is arable. This makes importing food very important to the Saudi diet. (Baig M.,B.,Straquadine G.S, 2014)

There isn’t much on what agriculture was like in Saudi Arabia before the 1970’s but, “historically, small scale agriculture was practiced by the rural population with the help of nomads (Beduin) in the rural areas. They used the limited arable lands with little vegetation and were forced to raise their livestock into a nomadic pattern (Baig M.,B.,Straquadine G.S, 2014).” When the Kingdom was established the only agricultural product that was being produced were dates. These dates were specifically sold to the people who went to Mekkah specifically for Hajj or the Islamic pilgrimage. (ibid, 2014)

In the 1980’s Saudi Arabia produced enough wheat to export it to other countries. It was also important for in the mid-1980’s to produce enough dairy, eggs, poultry and meat in order to be self-sufficient.

Saudi Arabia became concerned about conserving water in the 1990’s when they exported wheat to thirty countries. (Wheat is a grain that needs a lot of water in order to grow.) This led to a new approach called sustainable agriculture. This approach tells farmers that they should grow crops that don’t demand too much water. Saudi farmers started growing fruits such as dates and figs instead of wheat.

In 2007 Saudi Arabia’s main supplier of rice India, had to cut back export of Basmati rice due to their own food security concerns. This led to Saudi Arabia encouraging its citizens to buy land in foreign countries in order to export food back to the KSA.

In the article written by Kieran Cooke he says that “they control rice farms in Ethiopia, Sudan and the Philippines, cattle ranches in California and Arizona, wheat fields in Ukraine and Poland, ranches in Argentina and Brazil and shrimp producers in Mauritania.” (ibid 2016)

Saudi Arabia has become a huge market for fast food chains. Since 1993 McDonald’s  opened up 120 chains. After researching globalization and the Americanization of different countries particularly Saudi Arabia I discovered that this might be the reason  for the increase in obesity in the Kingdom ( Saudi food prior to this was very healthy.)
According to an article written by Dr. Zahid Naeem, “The fast food market in Saudi Arabia is expected to reach $4.5 billion in gross sales by 2015, driven by growing demand from its population (2012).” Today, the demand for fast food is so great that you can go online and order fast-food to your home. The increase of fast-food restaurants in the KSA has increased health issues such as obesity, diabetes and a variety of other diseases that are not accounted for in the Saudi health system. In 2017, 72.4% of the Saudi population was considered to be obese. (Pasha F., 2017) This trend continues to grow amongst Saudi children where currently 18% are obese and it is anticipated for this rate to go up.  (ibid, 2017).. (The KSA currently ranks third in the world for obesity.)

In Saudi Arabia it is common for people to sit down on the floor crossed legged. People eat with their right hand as it is according to Islamic laws. The left hand in Islam is generally considered to be unclean. Usually, men and women don’t eat together unless they are married or close family. The oldest man in the family will eat first and then it continues on to the other men in the family and lastly the women.
“Each person eats the food immediately in front of them and works towards the center of the dish. It is common for others to tear pieces of meat and place them in front of you as a show of affection or respect( Heyer K., 2012).”

The House of Saud, A View of the Modern Saudi Dynasty, (2005)
https://www.pbs.org/wgbh/pages/frontline/shows/saud/tree/

2 thoughts on “Saudi Arabia: From Agriculture to Fast Food”

My name is Roni and I’m originally from the U.S. but I’ve lived in many different places. I’ve always been interested in the world and the different cultures. I have an undergraduate degree in International Relations and Conflict Resolution. I have a masters degree in Contemporary Chinese Studies from the University of Nottingham and I have another masters degree in the Anthropology of Food from SOAS London. I based both of my theses on food. My first thesis researched food contamination in baby food in China leading the Chinese government to expand their food industry. I did my second masters thesis on Halal (qingzhen) food in China. In general I like finding the relationship between food and politics and reading about different countries. View all posts by foodfusionandpolitics